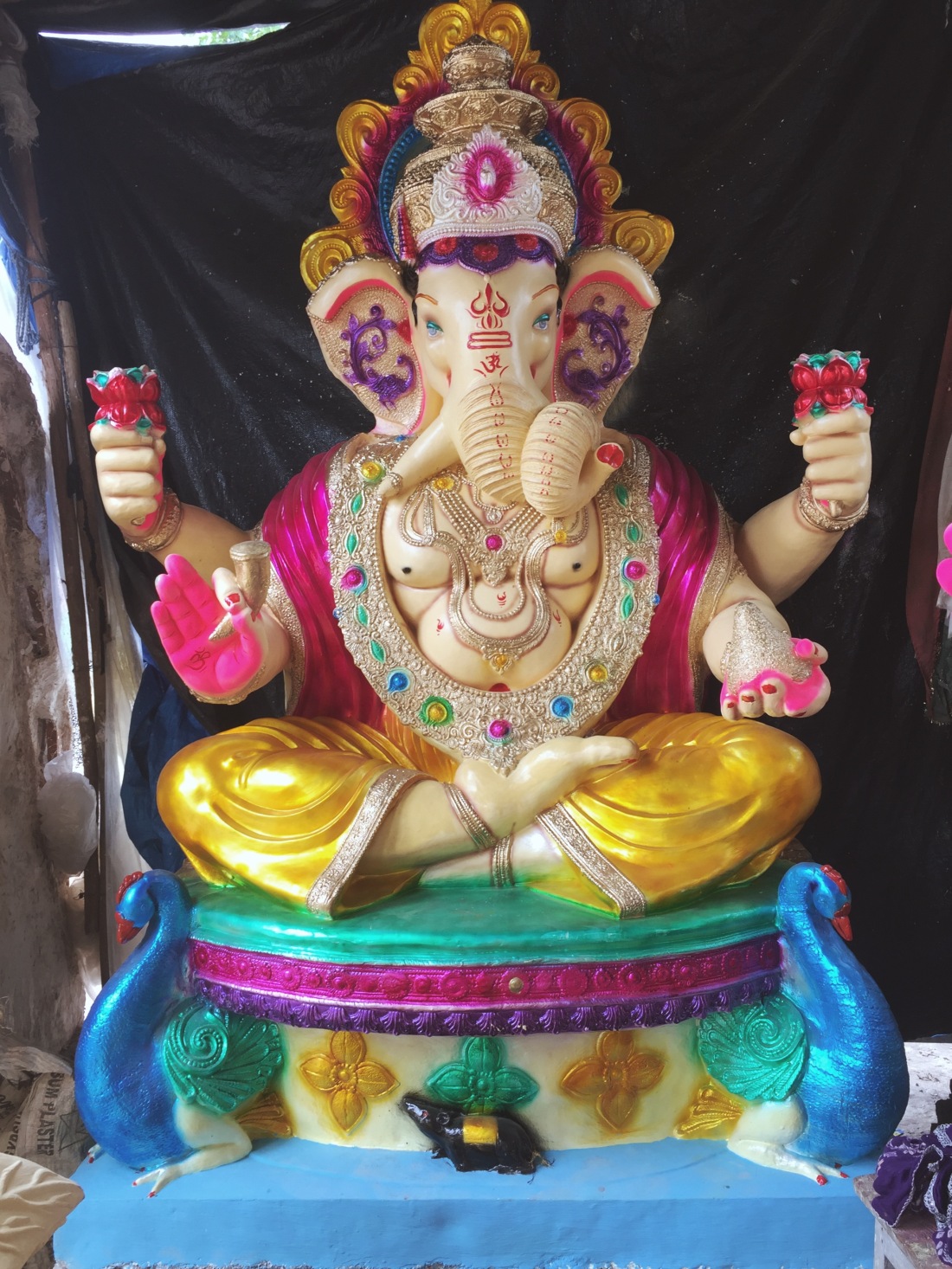 Ganesh Chaturthi (Vinayaka Chaturthi or Vinayaka Chavithiis or Ganeshotsav). is a most awaited ten-days Hindu festival which is celebrated as the birthday of Lord Ganesha, the elephant-headed and younger son of Lord Shiva and Goddess Parvati (widely known as Ganpati Bappa or Vinayaka). According to Hindu Mythology, Ganesha is known by 108 different names. Hindus worship Lord Ganesha before performing any rituals. Based on one of the legends, Lord Ganesha appeared even before the creation of nature and consciousness. This is one of the reason to be believed why Lord Ganesha is worshiped before beginning any task. Ganesha Chaturthi was first has been publicly celebrated in Pune since the era of Shivaji (1630–1680, founder of the Maratha Empire).

The date of Ganesh Chaturthi falls on the fourth day of the waxing moon period (Shukla Chaturthi) in the Hindu month of Bhadrapada. This is August or September each year (dates may vary). The festival is usually celebrated for 11 days, with the biggest spectacle taking place on the last day called Anant Chaturdasi — It is generally the tenth after Ganesh Chaturthi, and all the Ganesh idols brought into homes and communities are immersed in the sea or nearby lakes and rivers. On this day, people travel to the waterfront with the idols, large and small, dancing and singing in large processions. Lord Ganesha is departed, only to be welcomed the next year with equal excitement. 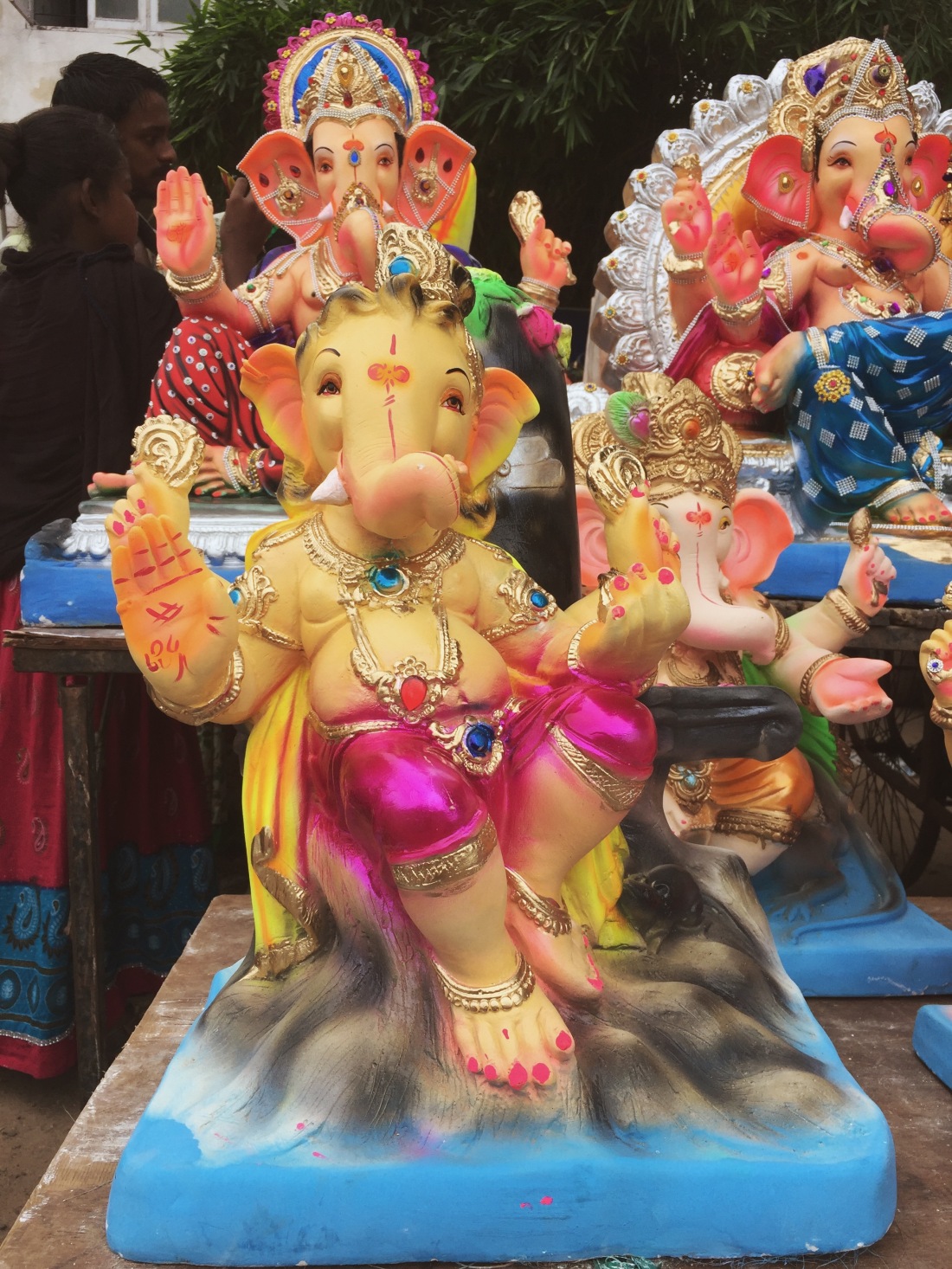 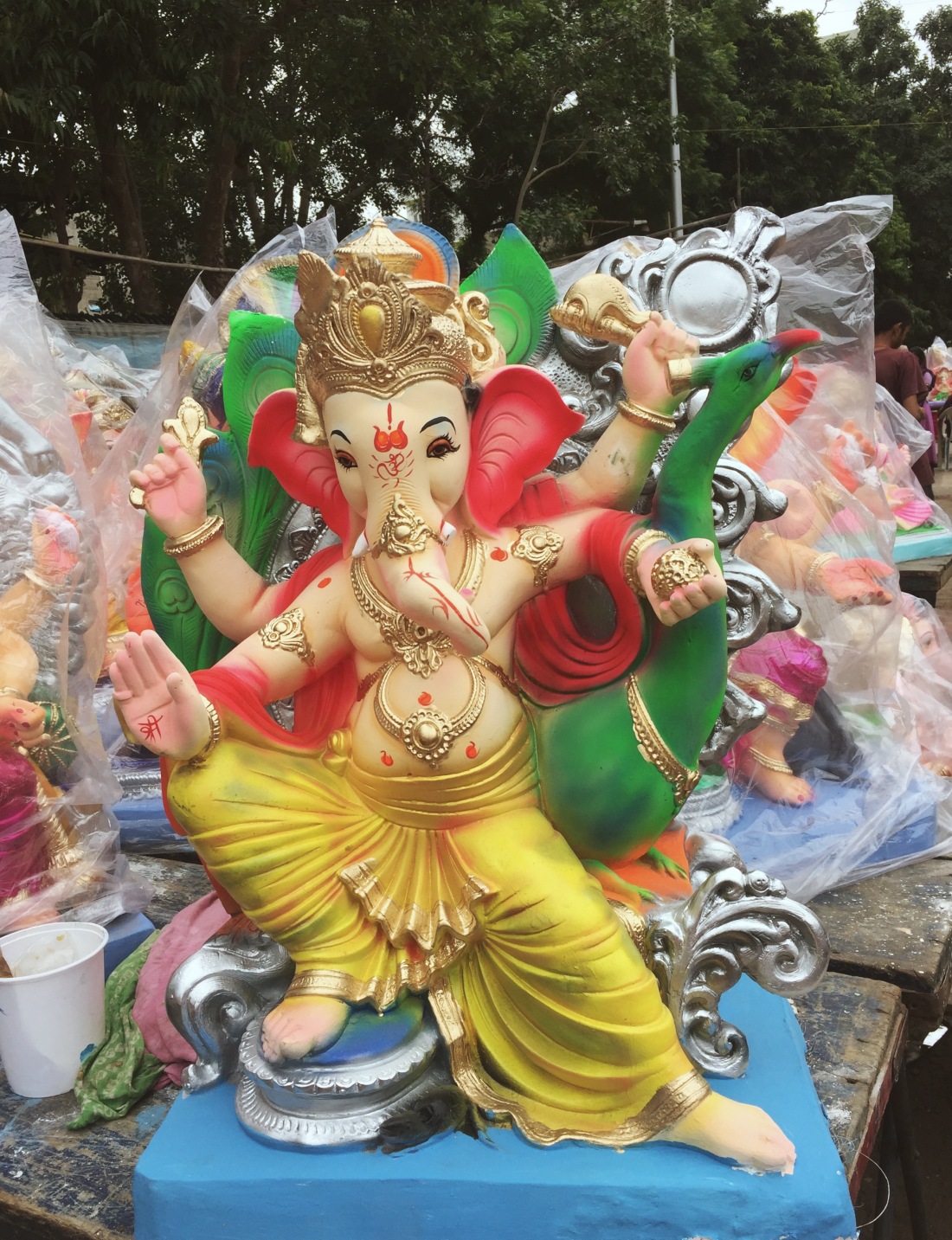 Mythology is a collection of myths, especially one belonging to a particular religious or cultural tradition. In search of the myths, we human have created a fear in the name of God. Humans have created the blind faith, a belief in a thing or person without any reasoning or basis. Unquestioned allegiance can be dangerous. Instead of thanking the Universe, the Creator, the Lord for the wonderful world and the nature, we humans have divided each other in the name of religions, caste and/or sub-caste and forgot to be human in the first place. Religion is nothing but the illusion. Does even God or the Universe ever wanted to torture or kill anyone?? Think out loud!! 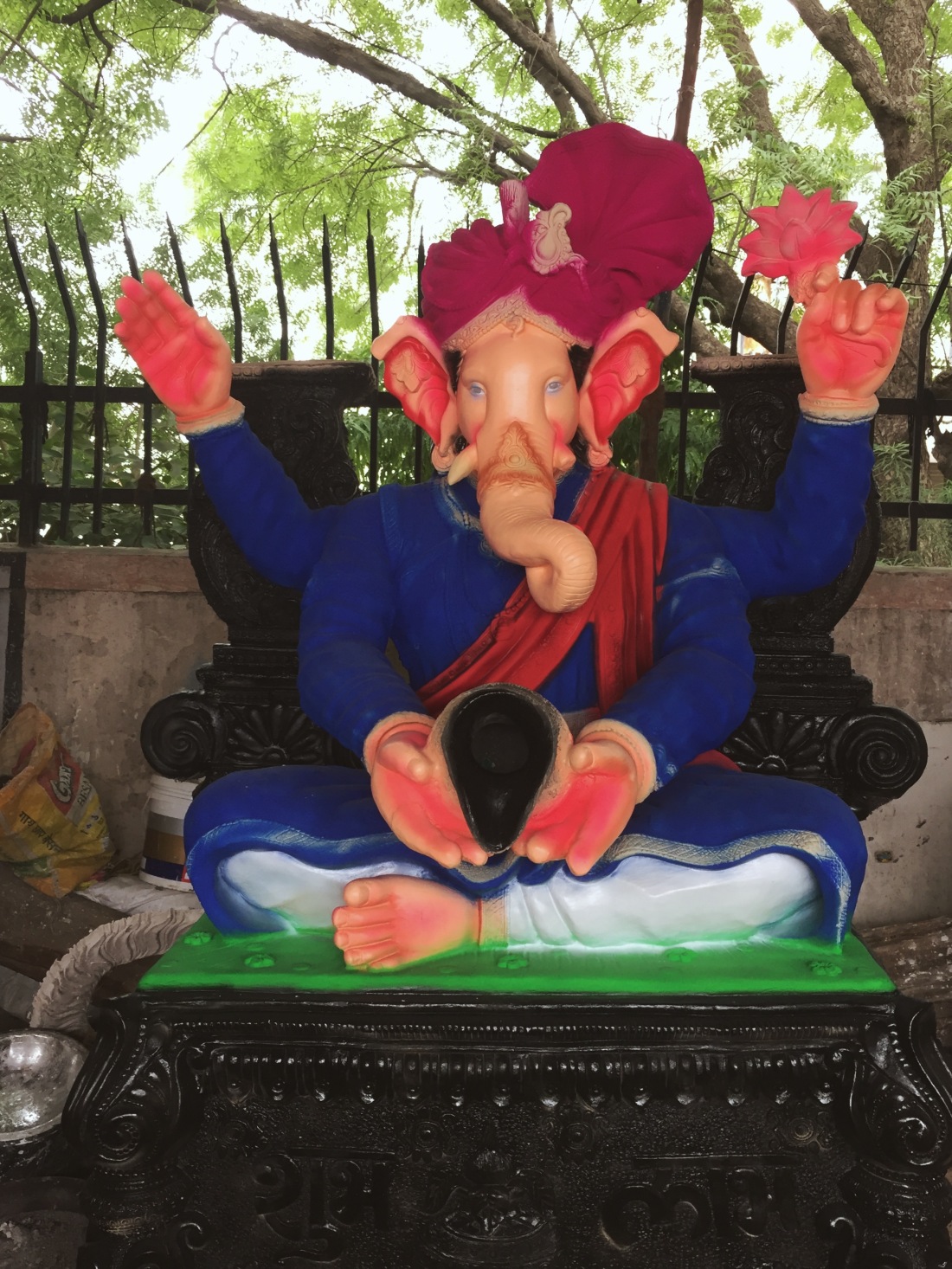 Festivals is always about celebrations, prayers, joy, laughter, colors, happiness, peace and family. Preparation for the Ganesh Chaturthi festival, artisans create clay models of Ganesha for sale. In Ahmedabad, there is a place called Gulbai Tekra (the Dharavi of Ahmedabad), a seemingly small slum connecting the residential and commercial hub of the city. It is popularly called as ‘Hollywood Basti’, because of the beautiful women dressed in their unique attires, who pose beside Hollywood posters for photographers, imitating the poses of the actresses behind them. Most residents are Rajasthani Marwadis who make idols before festival time, as well work as a domestic help and as laborers. 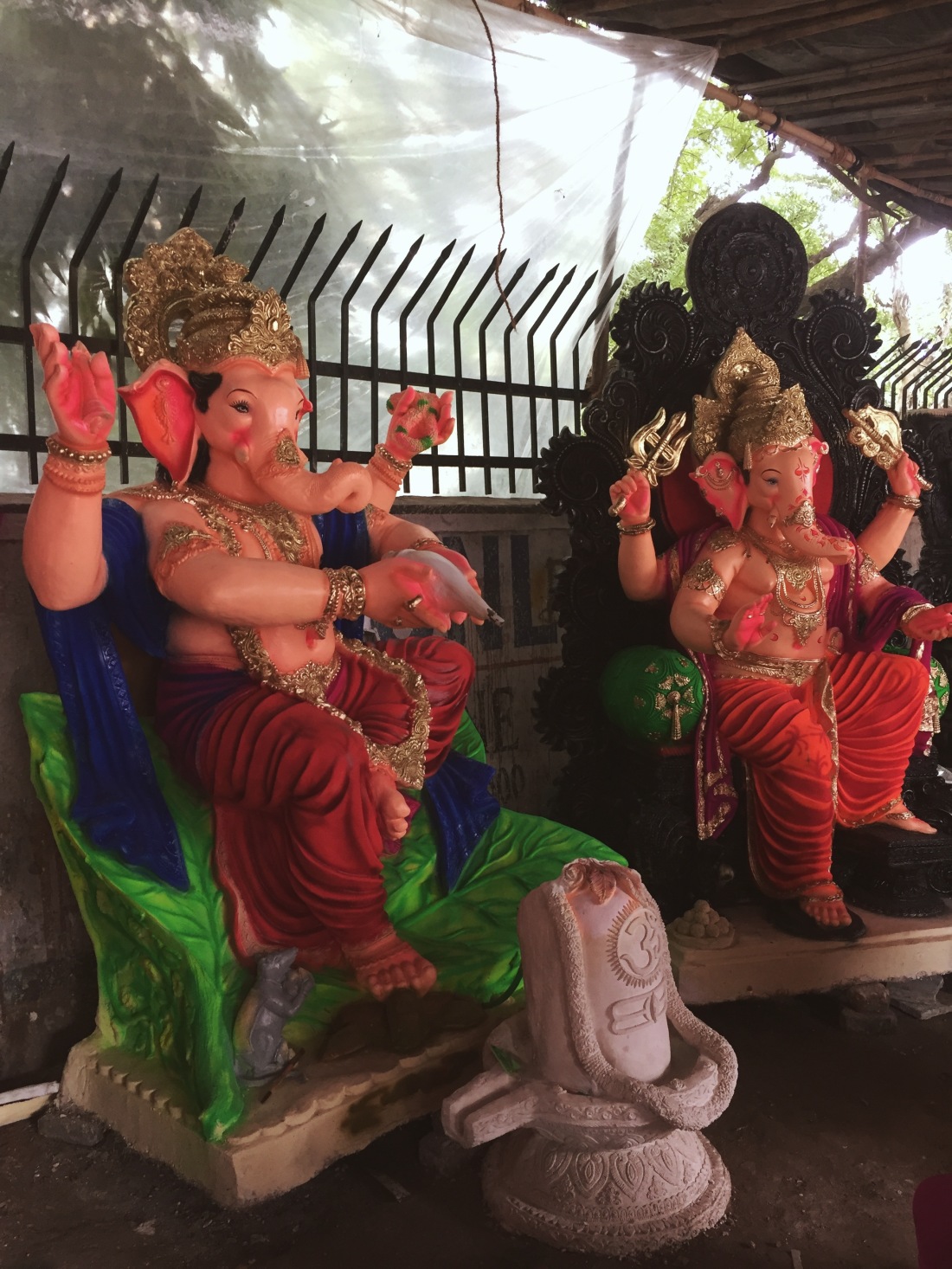 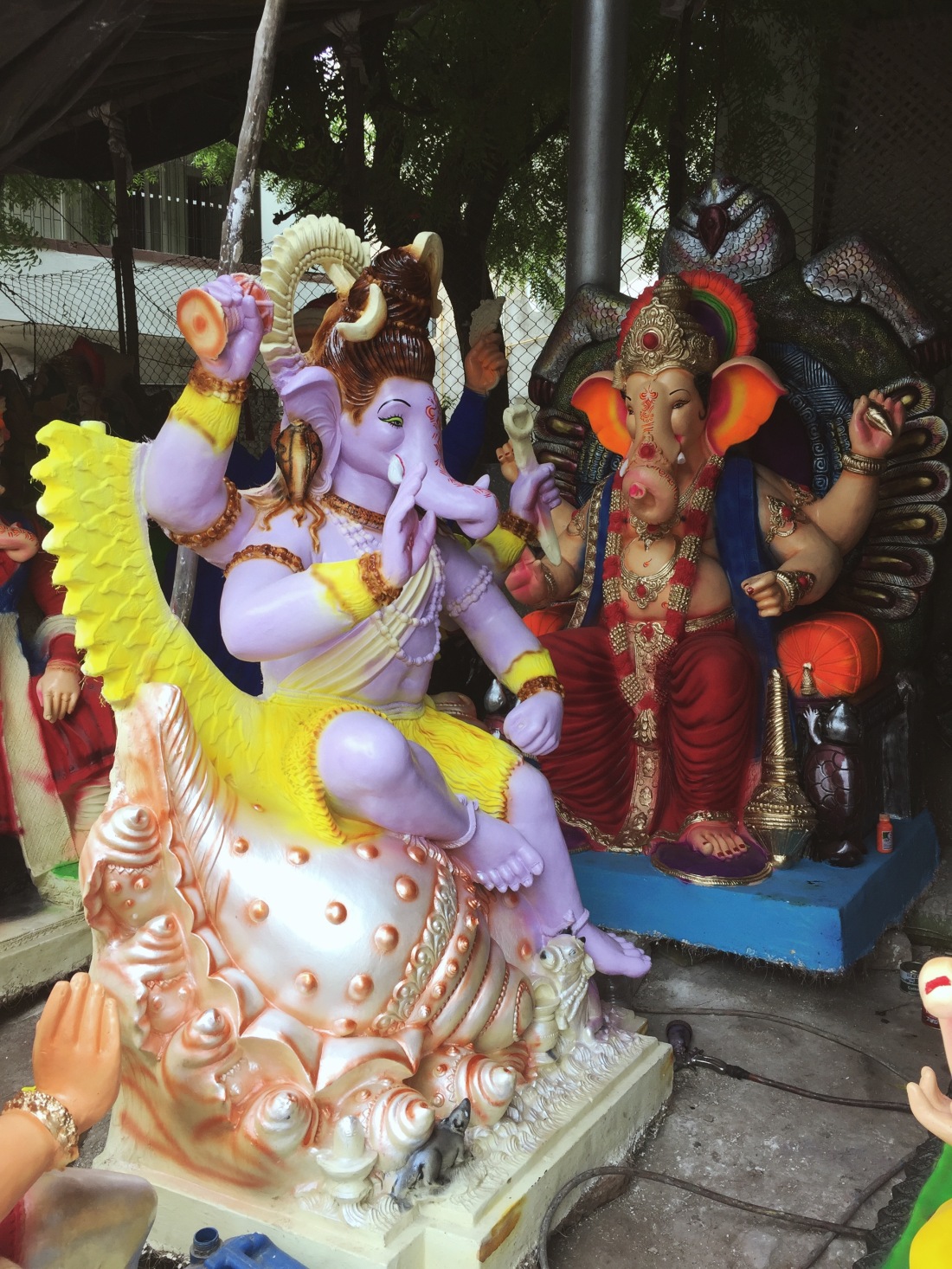 Gulbai Tekra is supposedly home to over a 10,000+ families, who have lived here for the last 50+ years and it is famous for making Ganesh idols, which is a source of livelihood for most of those living here. Months ahead before Ganesh Chaturthi, the entire locality is blanketed with the white dust, a result of the plaster of paris (P.O.P) used by the sculptors to carve the Ganesh idols. Few days before festive begins, the entire area transformed to a magical and colorful lane. Colorful Ganesh idols with the most beautiful carvings you ever witnessed. 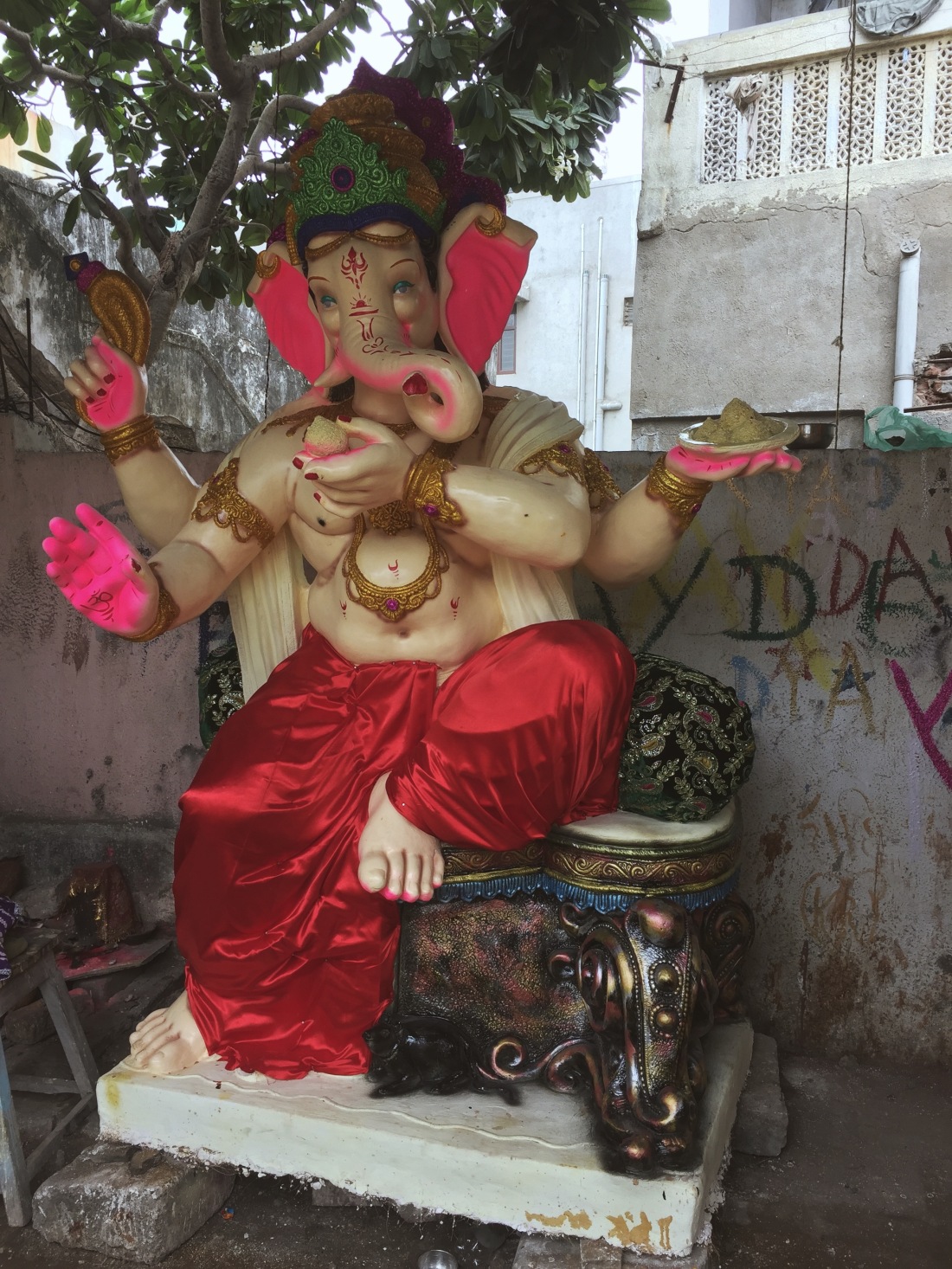 The story begins in 1930’s, when 88-year old Mota Dada, the eldest man in the generation, moved here with his parents and family from Jaipur, Rajasthan. His village had been consumed by a seven-year-long drought and when almost all was lost, he decided to move to Ahmedabad. He belongs to a family of marble sculptors, but since Gujarat had no reserves of marble or a market for the art, he began experimenting with clay and wood. However, they were either overpriced or had no durability and malleability, and he decided to try P.O.P.

He keep experimenting with his carving art, the word of his skill spread. He made various Idols sculptors and Lord Ganesha in particular. Soon Gulbai Tekra became a community of hundreds of sculptors and kept growing thereon, with three generations after Mota Dada being born there. Since then, Gulbai Tekra has been a house of sculptors. 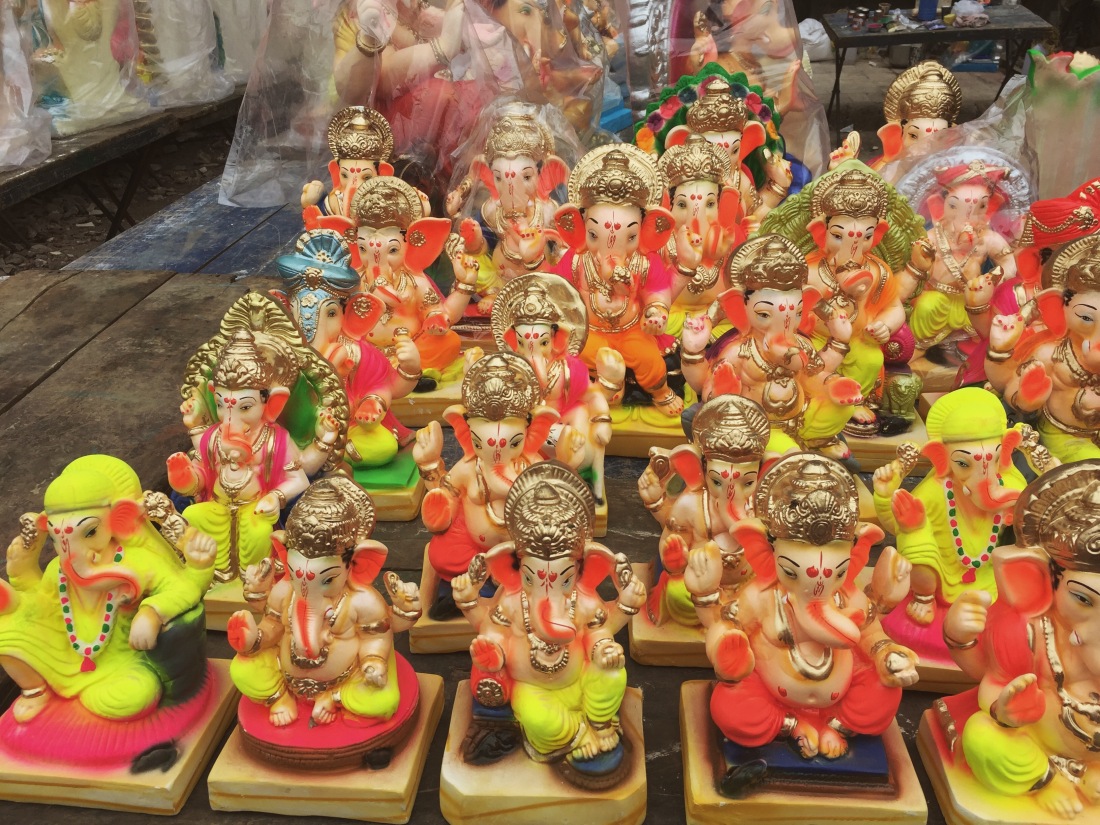 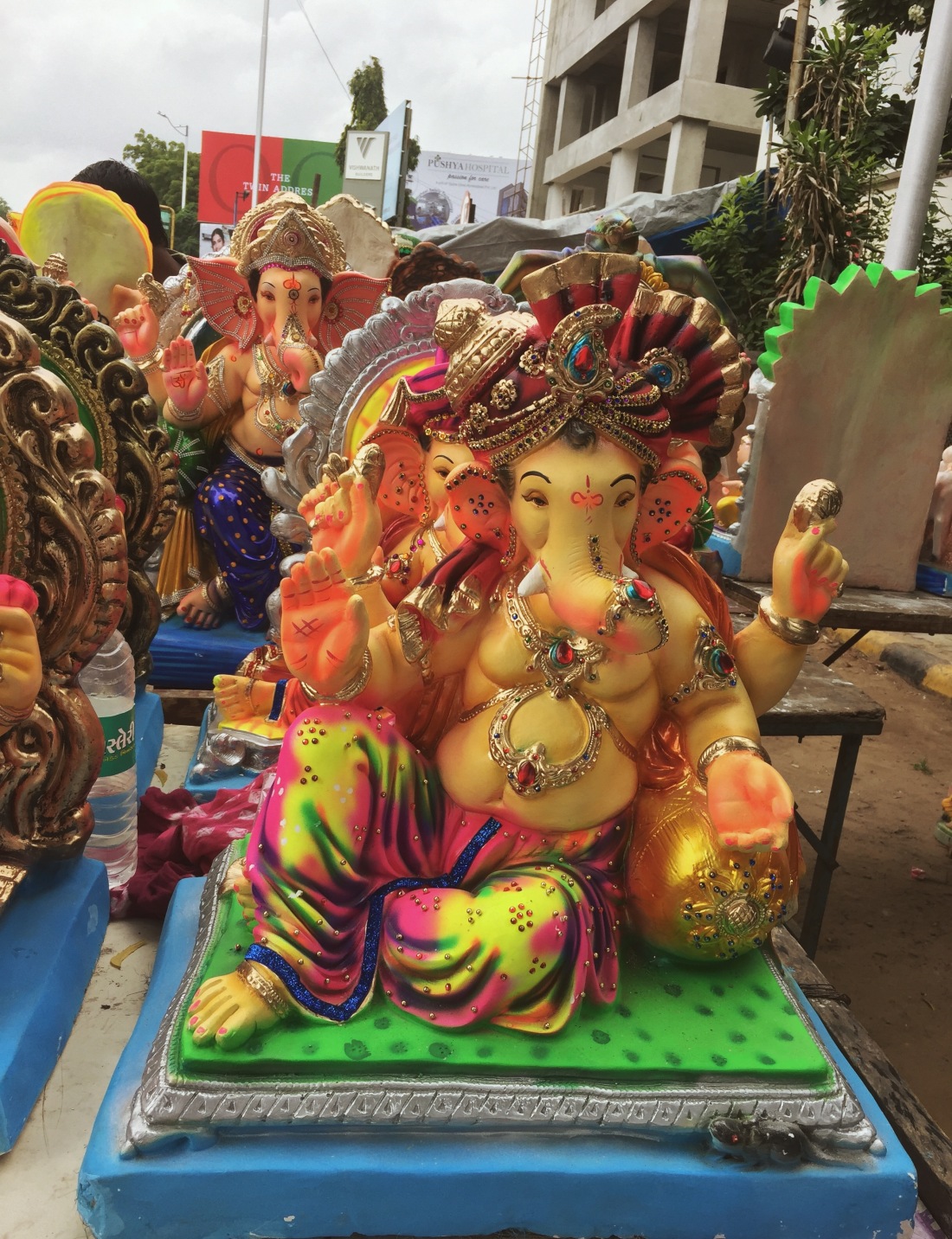 Here, the kids are also know about making the idols moulds, retouching and painting the idols. About a couple of months before Ganesh Chaturthi, all age people right from the kids to the eldest member of the family, they starts making idols moulds. They never have repetitive designs (their USP). All idol makers have their different designs, different imaginations. They create magic. There are way more talented then anyone could even thought of.

Ganesha idols formation have different stages of making. In the starting, they made moulds and then with the use of POP and coconut skin they make the idol. Once the idol gets dried they start painting it with beautiful colours. 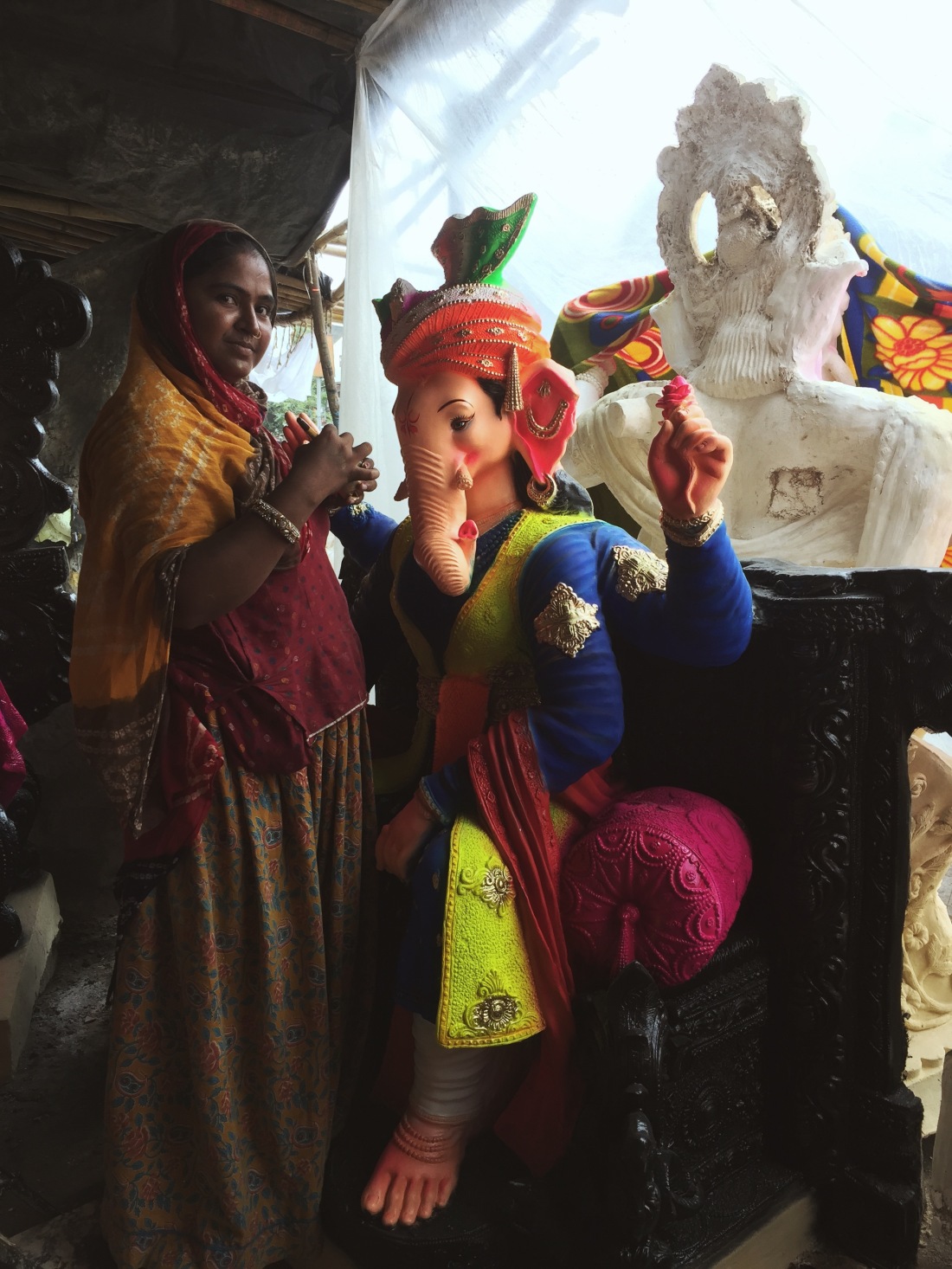 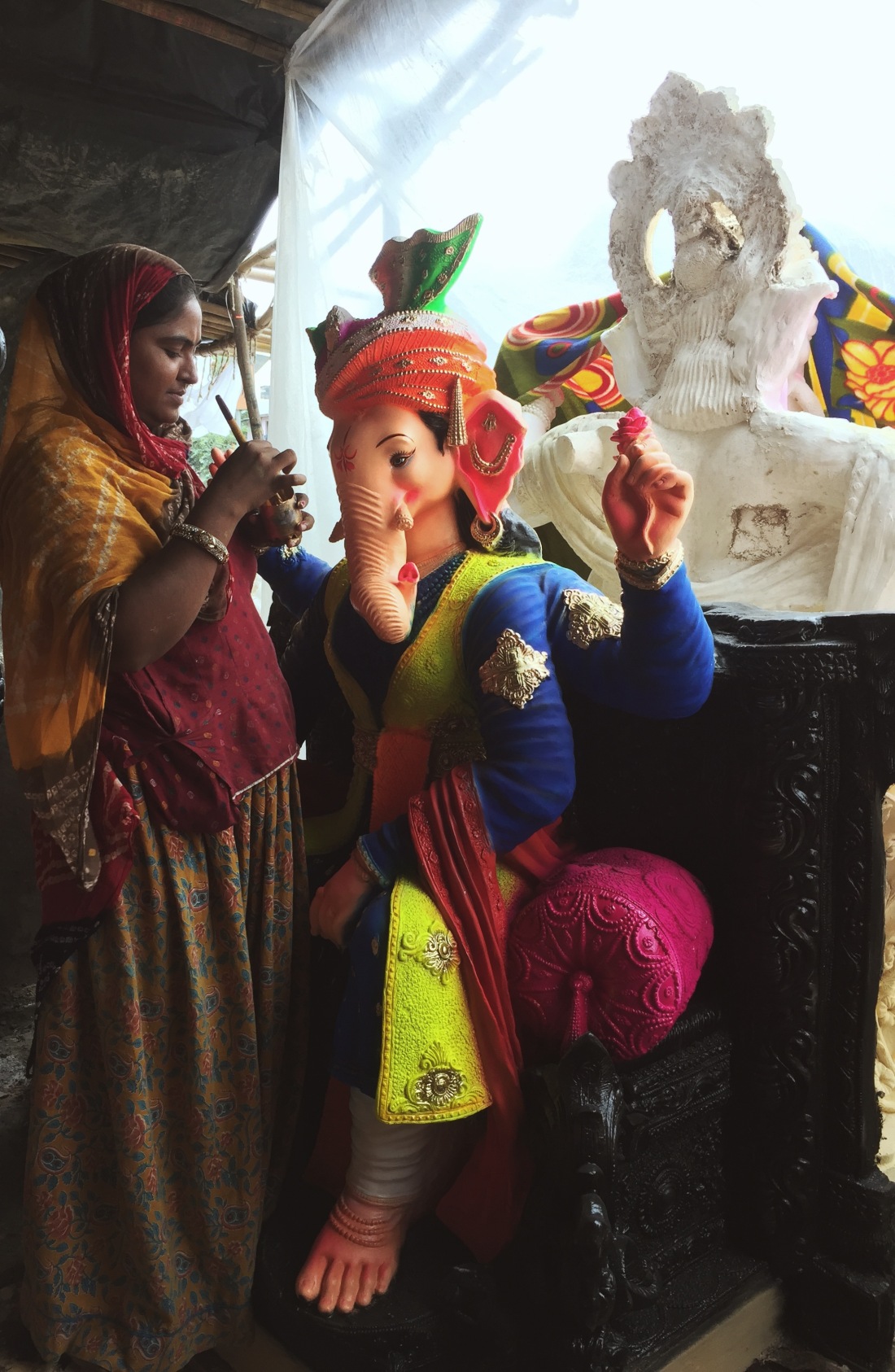 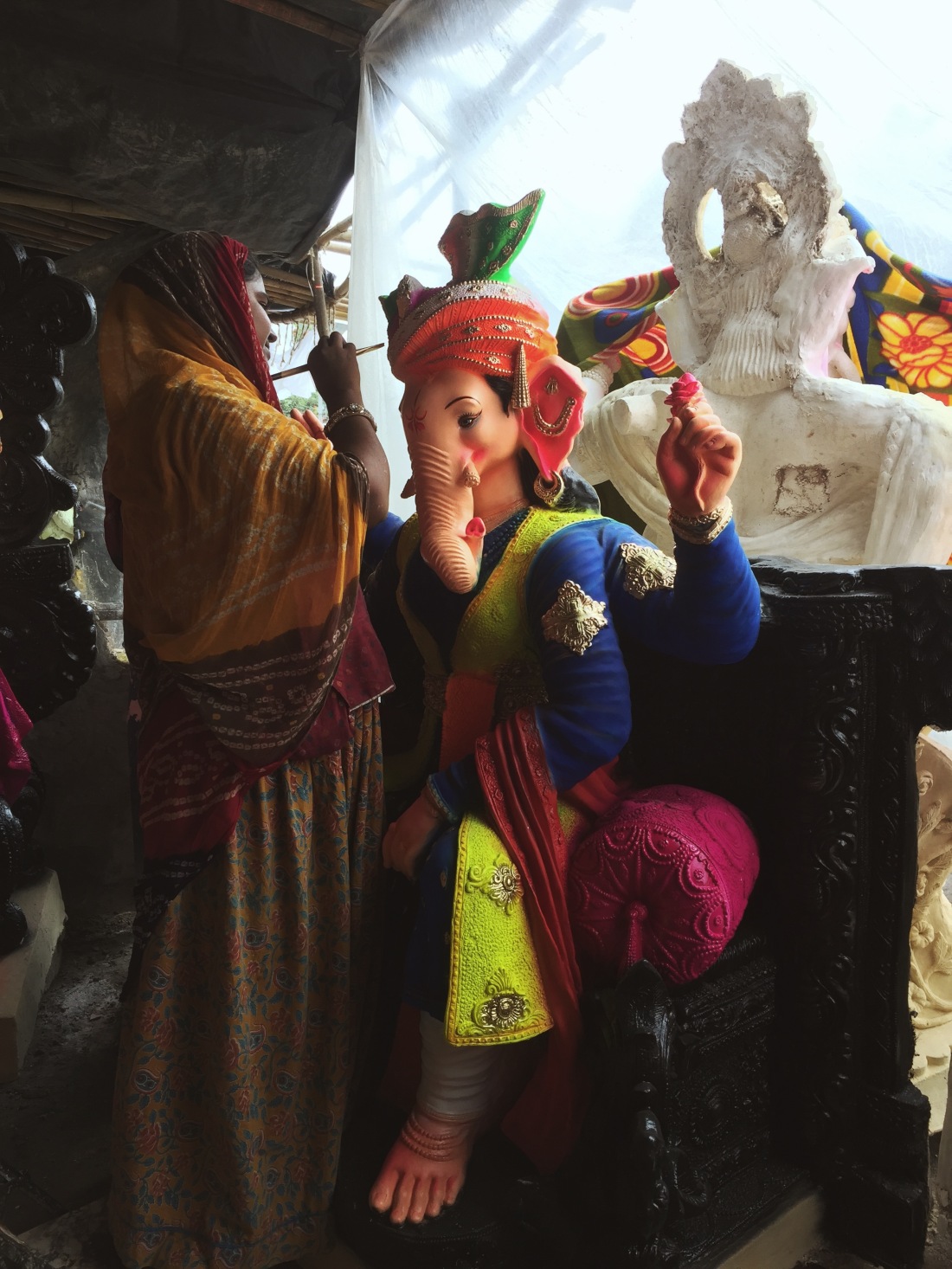 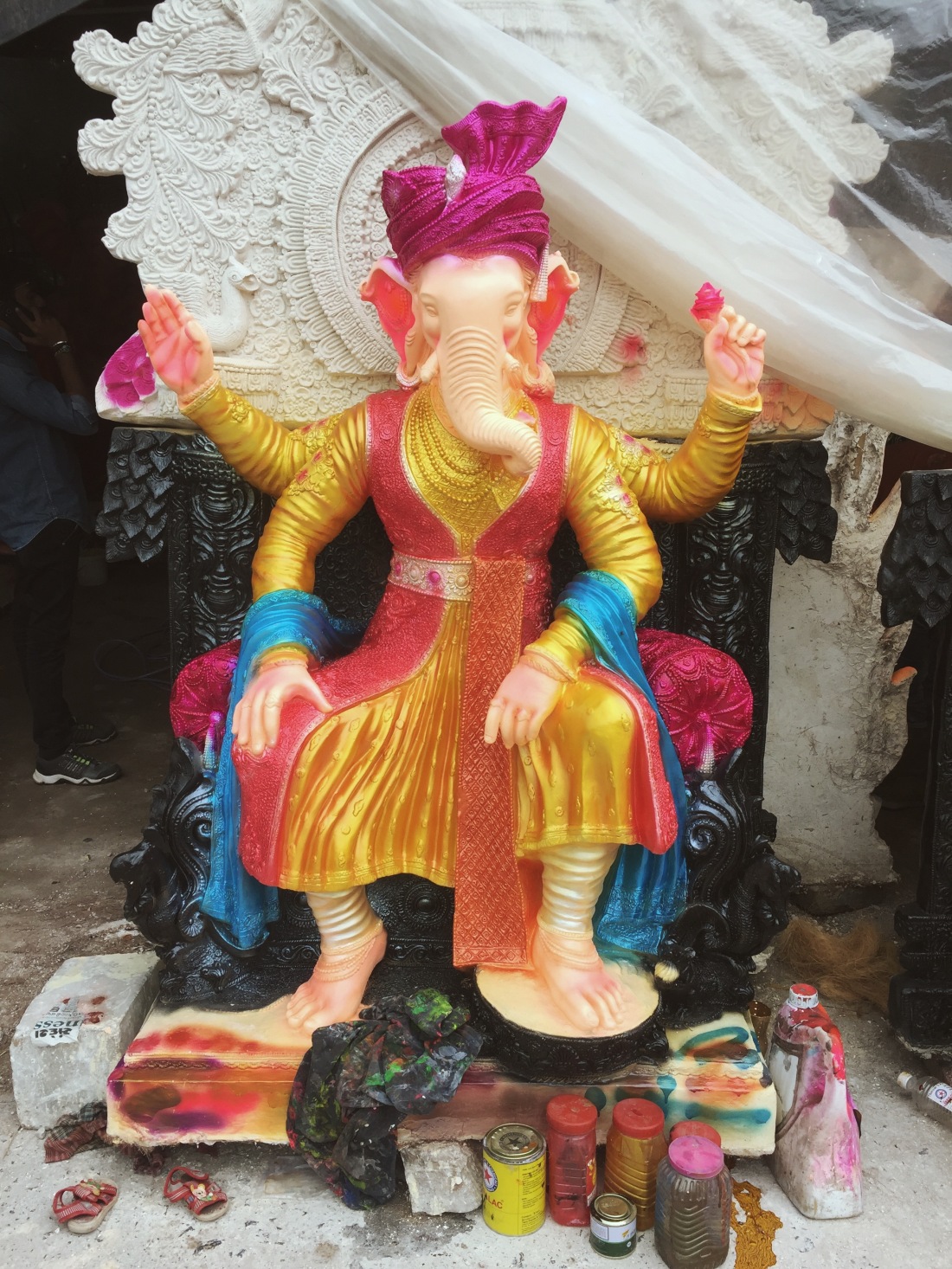 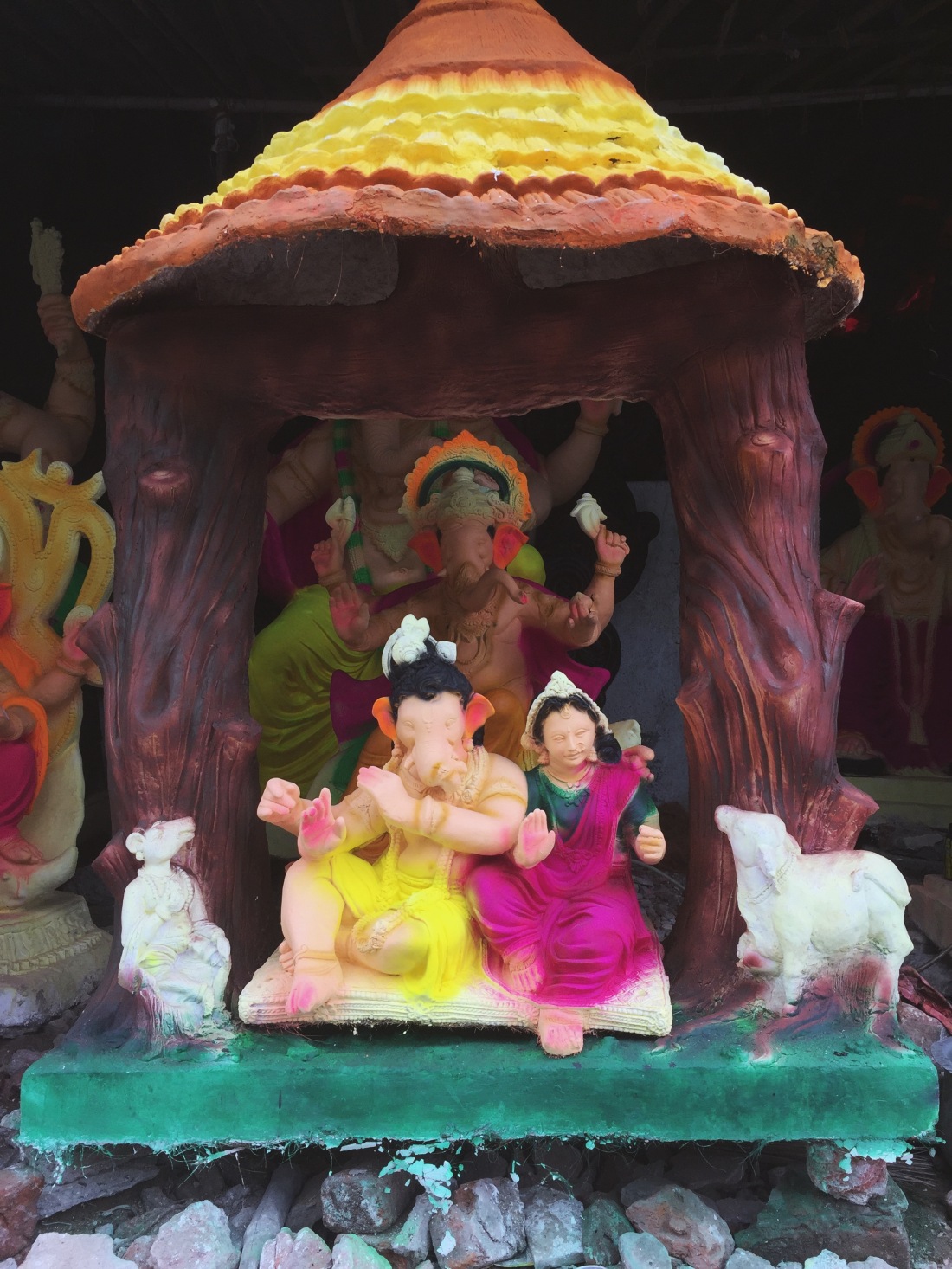 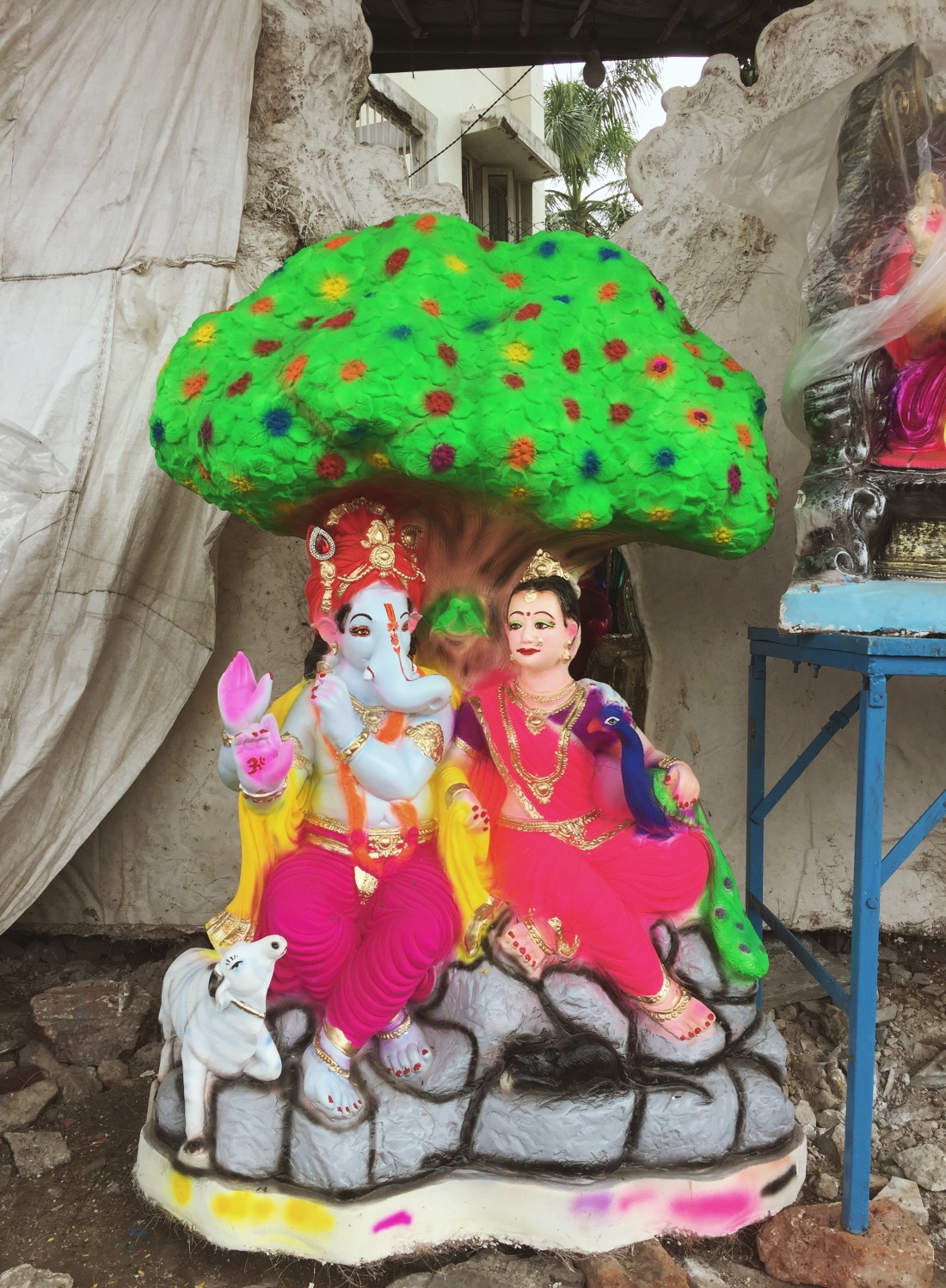 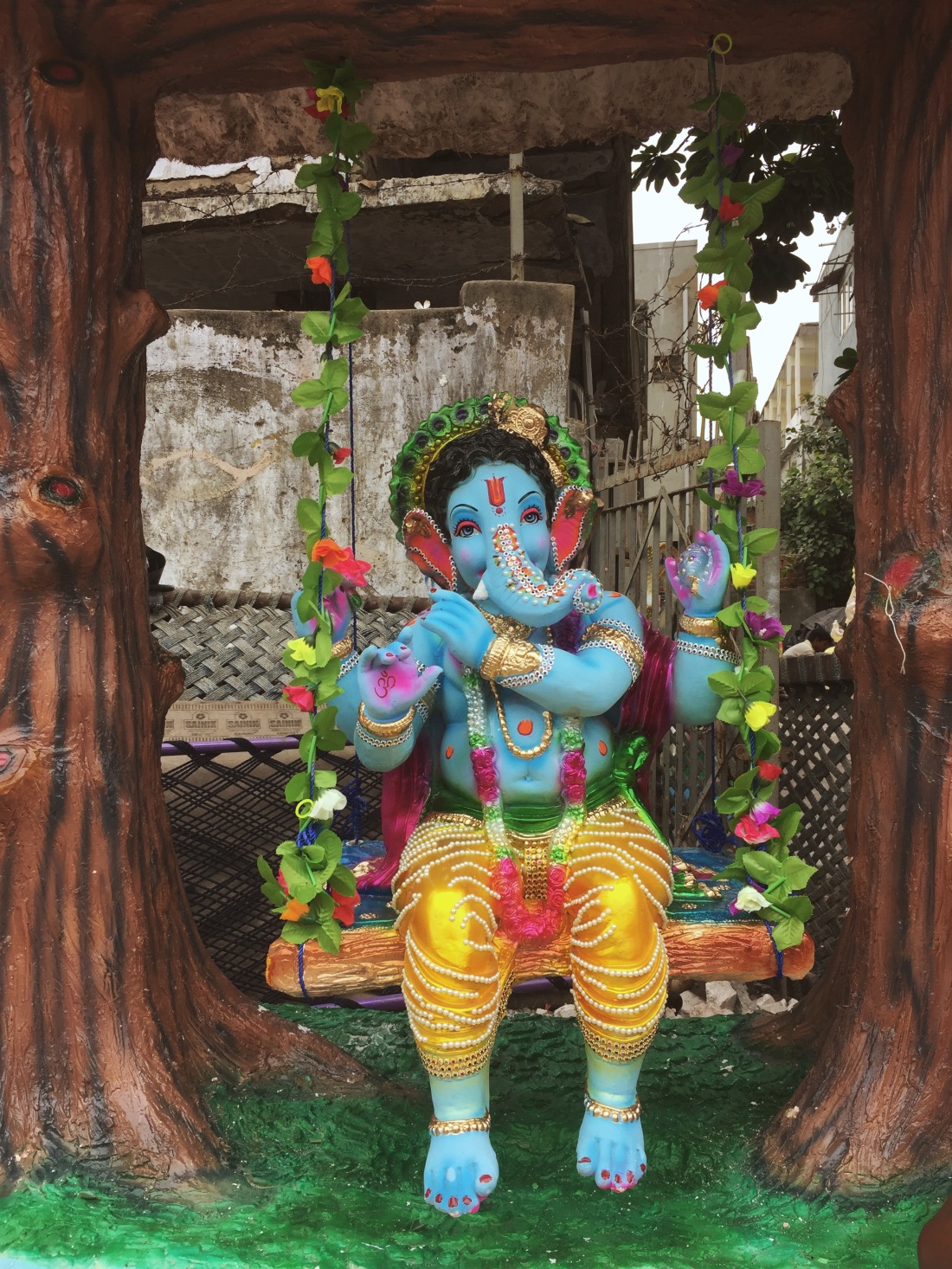 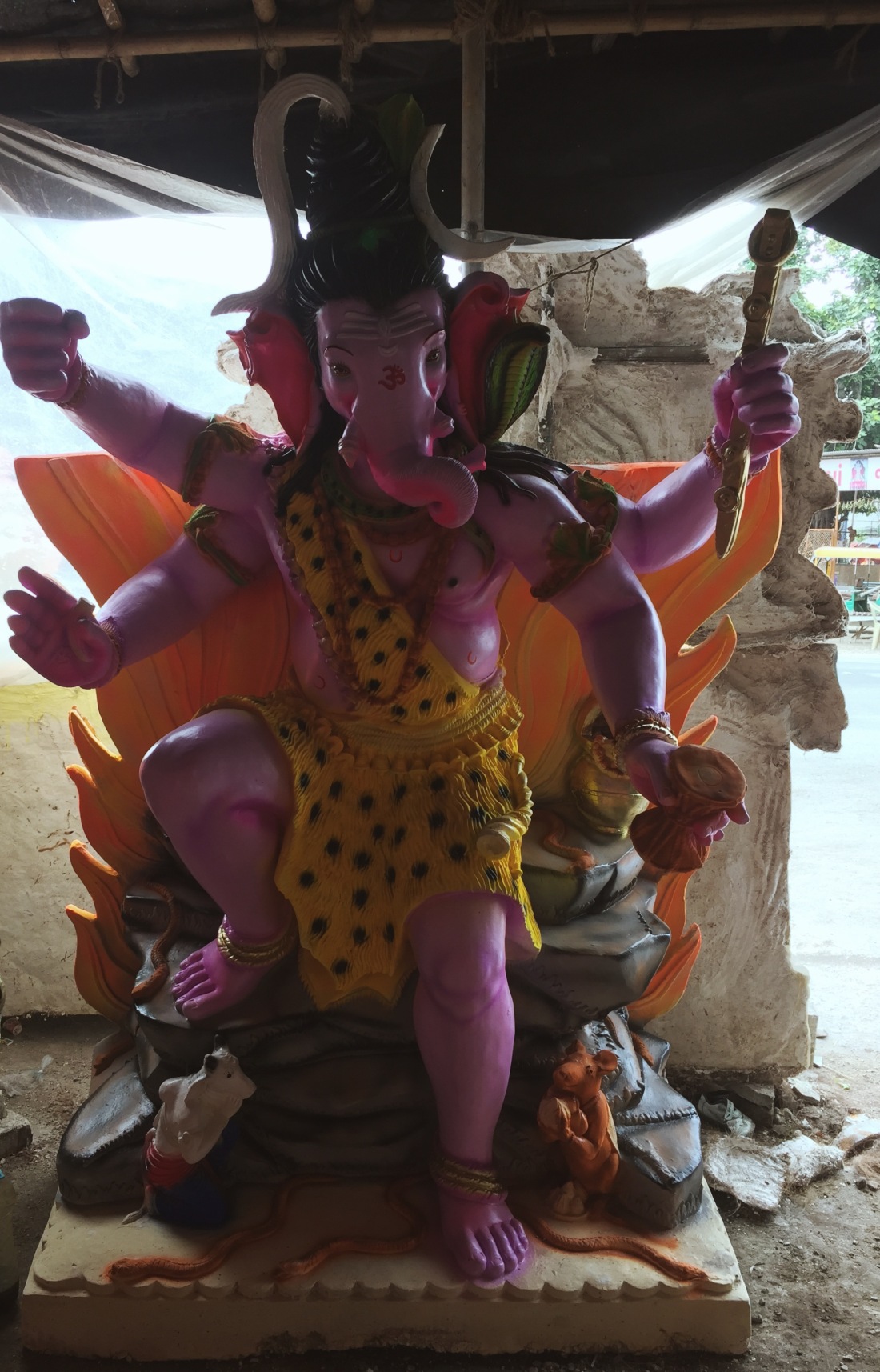 Happy reading and be adventurous!★

Hola peeps! I am Shweta, Gen Y. Fiercely local, a believer and gypsy soul since eternity. Travel Planner, writer, and freelancer. Lover of lattes, beach, and vintage charm. There is nothing a big noodles seafood soup and a beer could solve. This blog is a getaway from a world where we live a robotic life. See ya' around! View all posts by Shweta Lakhwani

One thought on “The vibrant art of Ahmedabad’s Gulbai Tekra aka Hollywood Basti – Ganesh Chaturthi Special.”